I am frequently asked about books, DVDs, music and other learning resources to help supplement my classes. Below please find a list that I have compiled to allow you to help support your child in her/his language learning. Children whose parents prioritize Spanish learning outside of class will learn exponentially faster and glean greater benefit from the in-class time.

Books in Spanish
When looking for your child's favorite books in Spanish on Amazon or other sites it often works to search the English title and add "Spanish edition" in the search bar. Unless your child is already fairly fluent in Spanish, you may want to choose titles with fewer words to limit boredom and frustration.

Here are some Spanish versions of the titles your child may already enjoy - all available on Amazon:

La casa del arbol is a beloved, early chapter book series (available in English, too) with 40+ titles to choose from. Easy to follow, compelling plot, equally appealing to boys and girls. Probably appropriate for precocious 4 year olds and up.
Audio-Visual Input for Children
While the research is clear - children will not learn a foreign language from a DVD alone, children of all ages can pick up extra vocabulary and receptive comprehension from watching DVDs in the target language. I am in support of this as a carefully monitored (time-wise) supplement.

If your child watches some television, you can very often find favorite TV programs that are already dubbed in Spanish (I Spy by Scholastic, Bill Nye the
Science Guy, for example) or major motion picture films (i.e. Cars, Horton Hears a Who, Wallace & Gromit) with Spanish language tracks.
If your child is reading, turn on the Spanish subtitles to accompany their favorite English program.

If you are cautious about limiting screen time during the week, a "DVDs-in-Spanish-only" rule which will lessen your sense of dread and guilt when your child watches one of the below: 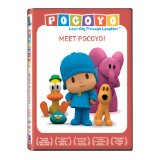 Pocoyo has won countless awards - it is simple, colorful, and very funny. If you like this DVD there are plenty in the series to choose from. 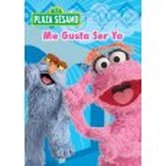 Entirely in Spanish, this Plaza Sesamo dvd is very well done. Search Amazon for more Plaza Sesamo if this is a hit. 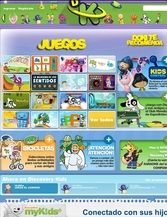 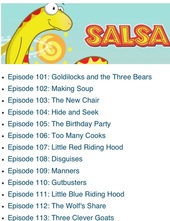 I learned about this resource from a parent - the Georgia Public Broadcasting features Salsa, a children's program designed to teach Spanish. Their online interface also includes games.
Check out the below links:

Salsa Episodes
Salsa Games
Spanish Music CDs for Children
Music is a wonderful way to train the listening ear. Like the Suzuki method for learning violin and piano,listening to Spanish music and stories in the car and at home paves the brain paths necessary for faster speech production and vocabulary acquisition. When choosing music make sure that the words are clearly enunciated, the slower the pace the better, and as little background instrumentals as possible. If possible, look for "handmade music" - albums with actual instruments (and not synthesized accompaniment tracks.)

Here are some suggestions that I have enjoyed and I often incorporate songs from these selections into my classes: 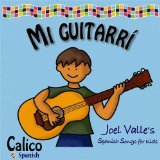 This CD is among the best I have found. Entirely in Spanish, no gimmicks, just a voice and a guitar, gentle and reassuring. Children will recognize songs from my classes. 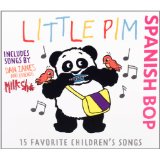 The last two tracks are in English (unfortunately), but the initial 13 songs are entirely in Spanish crisp, simple,
and engaging 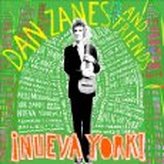 There are a couple of gringo (Americanized) tracks but the majority is a wonderful, eclectic, quirky Latin-Caribbean family-jam - accessible to parents and children alike. Many of the tracks have infectious, upbeat refrains that inspire sing-alongs. 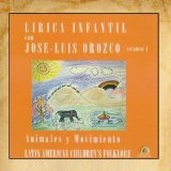 Jose-Luis Orozco is a prolific Spanish children's musician - nearly all of his CDs are beloved and geared toward a young, sensitive audience. This CD, Animales y Movimiento is great fun. 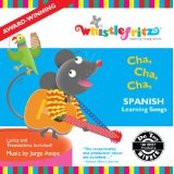 Catchy and engaging, if you like Jorge Anaya's typical Latin style, check out his other albums. 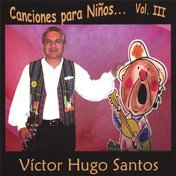 Playful, gentle, simple and filled with "handmade" songs about animals. This CD is very helpful for vocab acquisition. 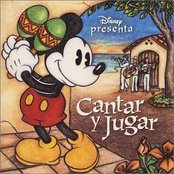 I am not a big fan of Disney or mass market anything, and so was skeptical when I picked up this album - but was actually very pleasantly surprised. This collection of songs and artists is enjoyable and includes some of the traditional Spanish/Latin American music that students of Spanish should know.

​(a musical website with games, activties, and tracks) for learning vocabulary

iPhone Apps
This list is not frequently updated, so new and better apps may be available. 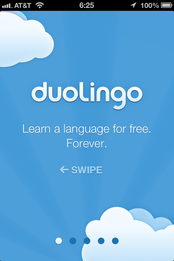 Duolingo: This is a little dry (not very colorful or engaging) but very effective for learning to build sentences, conjugate verbs, and put it all together. Some children have really enjoyed it despite the fact that it is geared toward an older audience. Children need to be able to read to make use of this app, also helpful for parents who want to learn along with their children. Free.

This Rosetta Stone Kids app is worth downloading to play around with. The Rosetta Stone Kids has a built-in voice recognition function. Children are prompted to speak in Spanish which, in turn, triggers a response from the animated characters. While the app is very effective in getting children to verbalize the recognition function is not accurate - your child may suddenly realize that he/she can say just about anything in any language to produce the desired effect! Free.

Feed Me! Very simple game, but somehow satisfying. Good for preschoolers but older children will give it a whirl, too, just to see the monster turn green when fed the wrong "food." Pretty basic vocabulary - feed the monster shapes, colors, numbers, etc. Free.

Little Pim: This is based on the DVDs and PBS program by the same name. Decent for young children. $.99.

Lectura magica: This is a learn-to-read in Spanish app. Interface is a little bit hard to figure out but once you are rolling this can certainly be helpful for beginning readers. Free.

My first Spanish: This app provides a cartoon picture and a jumble of letters - drag the letters to their correct places to label the picture. Good for spelling and for children with strong visual memories - those who need to see the word to remember it. Free (there may also be a more complicated paid version.) 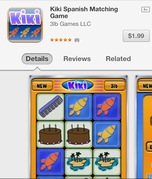 Kiki Spanish Matching Game: Matching game with a fair amount of vocabulary and various levels of complexity. A painless way to expand vocabulary. $1.99

Online Learning Platforms
I have not thoroughly reviewed the curricula for each, but these names have come to me over the years as fairly comprehensive platforms.